ProTop monitors the efficiency of your database buffer pool, aka Hit% or Hit ratio. It also lets you know when there is room for improvement. Read on to learn how to optimize your "blocks in database buffers (-B)" setting.

What is "Hit ratio" or "Hit%"? In short, it is a measure of how often a database block containing a queried record is in already memory rather than having to be read from the disk. As we know, reading from memory is orders of magnitude faster than performing IO operations. Ideally, your database buffer pool (-B) is large enough to contain nearly all active database blocks required by your Online Transaction Processing (OLTP) application. Hit ratio tells you if this is the case.

So, how do you keep an eye on your Hit%? How do you improve it?

Rather than manually running and configuring promon each time you want to sample and report the current "Primary Hits" percentage, use ProTop RT!

It shows Hit% in the upper left corner by simply running "protop mydb":

ProTop sends alerts to the ProTop Portal by default if your Hit ratio is less than 98% during the sample period:

And it sends Hit ratio data to the ProTop Portal so you can see it over time in the  ProTop Trends dashboard: 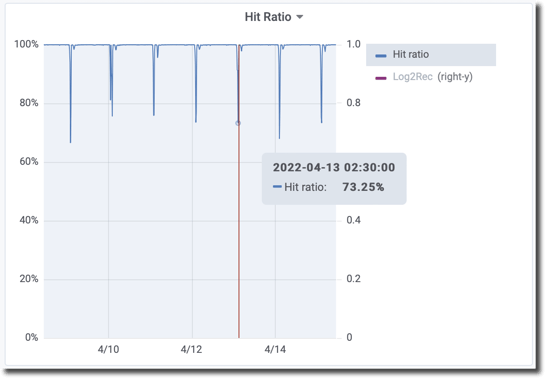 We see in the image above that the Hit ratio for this database is nearly 100% the vast majority of the time. However, we observe the ratio drop drastically every day to below 80% for a brief period around 2:30 in the morning. So you have to ask yourself, DBA:

Looking at the DB Reads chart at that time: 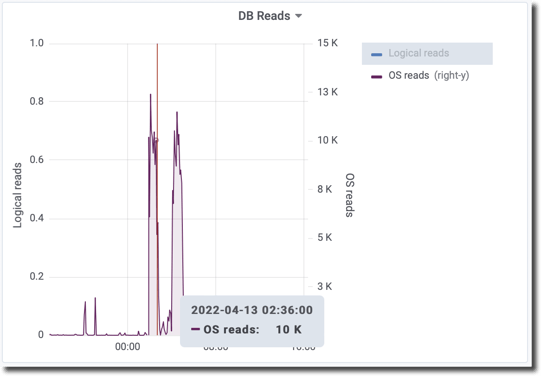 We see a high volume of OS reads going on, which likely means some sort of report or database maintenance is running and pulling large numbers of database blocks from the disk.

This scenario is not likely a candidate for tuning unless you can fit your entire database into memory without affecting other processes. If so, great, more memory to you!

This chart shows frequent Hit ratios of less than 94% in the middle of the business day: 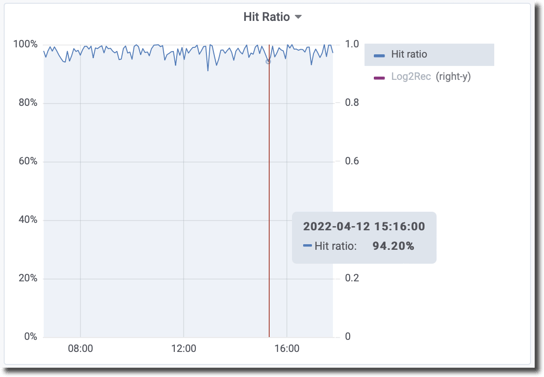 And here we see the non-trivial OS reads per second that correspond with the low hit rates above: 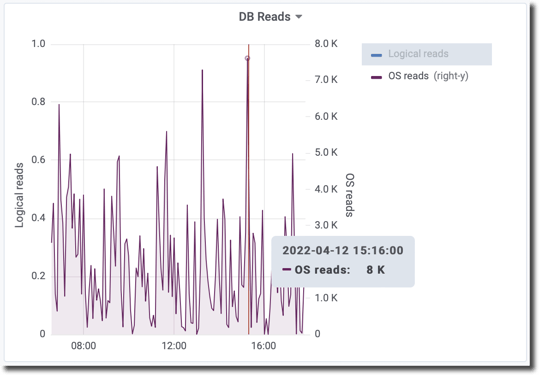 In this case, yes, do tune!

For an idea as to what value to test, start out with a look at the BigB Guesstimator in ProTop.

NOW SET IT!  Don't forget to persist the -B value you arrived at online by updating your -B setting in your database startup parameter file on disk, in OEE, or OEM.