These graphs show table read activity for active tables in the database. To prevent cluttering the graphs, minimum activity thresholds are defined in the Resources Administration. 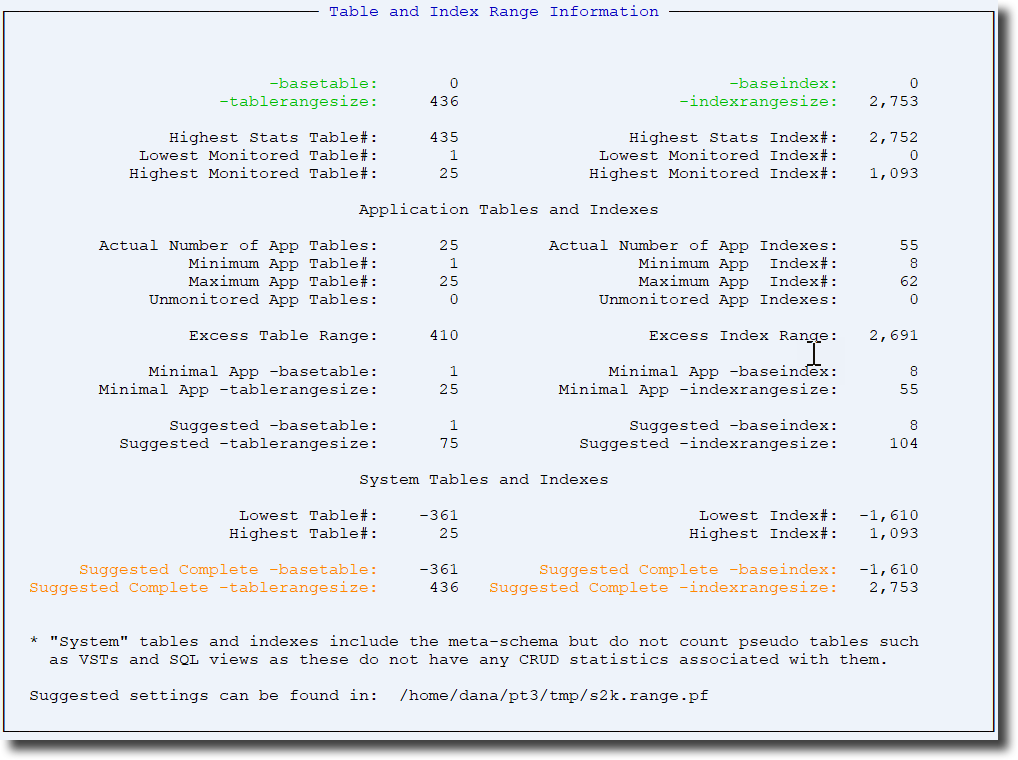 Churn (aka turns: deprecated) is the ratio of record reads to the number of records in that table. For instance, a table with 100 records being read 1000 times per second would have a churn of 10. This does not necessarily mean that “table scans” are taking place – it could just as easily be a single record being read over and over and over.

BF1, BF2, BF3 and BF3 latch activity in the Latches and resources dashboard could give an indication of table scans versus hot blocks. These four "latches" are actually virtual constructs. Each buffer block has its own latch but it would be impossible to maintain statistices on BF1 to BF2,000,000!! The buffer pool is therefore split into four, and the statistics of the associated latches are rolled up into the BF1-4 counters.

Normally, BF1-4 are roughly equal as users randomly access the thousands or millions of buffer blocks in memory. If one of the four counters is "hot" (much more activity than the others), then it could mean that a query is reading a very small number of records in a very small number of blocks and skewing the counters.

OS Reads are interesting because they highlight tables that may not be part of the working set of data. Most OLTP data should be in the buffer pool as your business processes orders, builds, ships and invoices products. High OS reads are more likely related to reporting or inneficient queries.

Note that older versions of Progress and databases that have not had “proutil updatevst” run may not support this metric.

These graphs show table write activity for active tables in the database. To prevent cluttering the graphs, minimum activity thresholds are defined in resource maintenance.

These graphs show index activity for active indexes in the database. To prevent cluttering the graphs, minimum activity thresholds are defined in resource maintenance.